skip to main | skip to sidebar

After only 2 1/2 hours of really intense labor, and a really bad epidural, we welcomed baby Wade into the world. Weighing in at 9 lbs. 12 oz., he is my biggest baby. Our hospital stay was mostly routine until we were about to go home. My beautiful baby boy turned blue and went limp in my warms. It was the most terrifying moment of my life. I am grateful that my husband and a nurse were in the room with me. The nurse grabbed Wade and ran him back to the NICU where they were able to revive him with some oxygen. After a few more similar, but less intense scares, Wade had to stay in the NICU for a few days for IV antibiotics and lots of tests. 3 weeks and 10,000 dollars later, they assume he was just choking on all of the fluids that he aspirated during delivery. His pediatrician assures me that is shouldn’t happen again, but I confess I still lay awake at night listening to him breathe. He is beautiful and we all love him very much. He loves to eat, and doesn’t sleep very much. It makes for some very late nights of mother and son bonding time. We still can’t tell who he looks like. He is just Wade. So far we are all adjusting well, and we are all very happy that he is here. 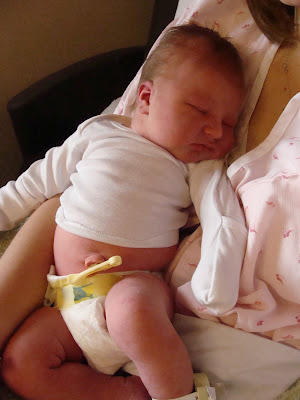 The two of us. 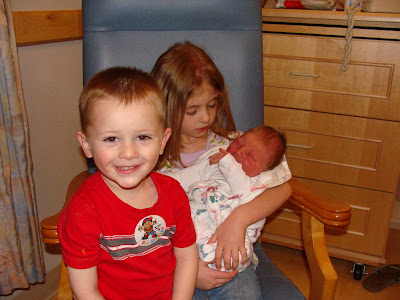 Blake and Kayleigh come for visit. 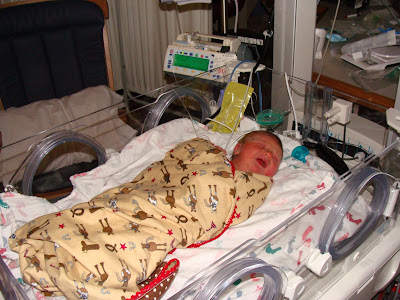 Sleeping in his bed in the NICU. 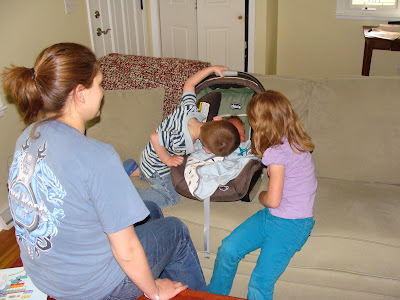 We suprised them and finally came home! This picture cracks me up. They have been very excited about their brother since he came. 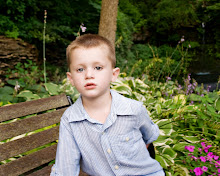 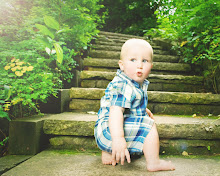